Who is Hermann Rorschach 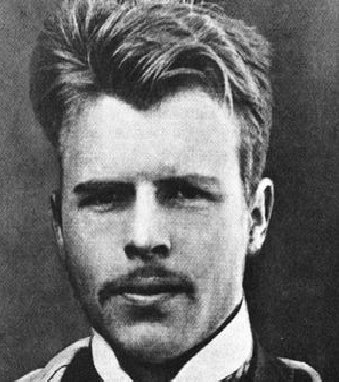 Hermann Rorschach (8 November 1884 – 1 April 1922) was a Swiss Freudian psychiatrist and psychoanalyst, best known for developing a projective test known as the Rorschach inkblot test. This test was reportedly designed to reflect unconscious parts of the personality that "project" onto the stimuli. In the test, individuals are shown 10 inkblots—one at a time—and asked to report what objects or figures they see in each of them.

Rorschach was born in Zürich, Switzerland, the eldest of three children born to Ulrich and Philippine Rorschach. His sister's name was Anna and his brother's name was Paul. He spent his childhood and youth in Schaffhausen, in northern Switzerland. He was known to his school friends as Klecks, or "inkblot" since he enjoyed klecksography, the making of fanciful inkblot "pictures".

Rorschach's father, an art teacher, encouraged him to express himself creatively through painting and drawing conventional pictures. As the time of his high school graduation approached, he could not decide between a career in art and one in science. He wrote a letter to the famous German biologist Ernst Haeckel asking his advice. The scientist suggested science, and Rorschach enrolled in medical school at the University of Zurich. Rorschach began learning Russian, and in 1906, while studying in Berlin, he went for a holiday in Russia.

Rorschach studied under the eminent psychiatrist Eugen Bleuler, who had taught Carl Jung. The excitement in intellectual circles over psychoanalysis constantly reminded Rorschach of his childhood inkblots. Wondering why different people often saw entirely different things in the same inkblots, he began, while still a medical student, showing inkblots to schoolchildren and analyzing their responses.

By July 1914 Rorschach had returned to Switzerland, where he served as an Assistant Director at the regional psychiatric hospital at Herisau, and in 1921 he wrote his book Psychodiagnostik, which was to form the basis of the inkblot test. More recently the inkblot test has been criticised as pseudoscience and remains controversial.

Rorschach graduated in medicine at Zurich in 1909 and at the same time became engaged to Olga Stempelin, a girl from Kazan (in the present-day Republic of Tatarstan, Russia). At the end of 1913, after graduation, he married Stempelin, and the couple moved to live in Russia. A daughter named Elizabeth was born in 1917 and a son, Wadin in 1919.

Only one year after writing his book, however, Rorschach died of peritonitis, probably resulting from a ruptured appendix. He was still Associate Director of the Herisau Hospital when he died at the age of 37, on 1 April 1922.

Like Rorschach, Pitt has side passions – architecture and doing good – the inspiration for philanthropic projects like “make it right” which rebuilds houses in New Orleans' Lower Ninth Ward after Hurricane Katrina. 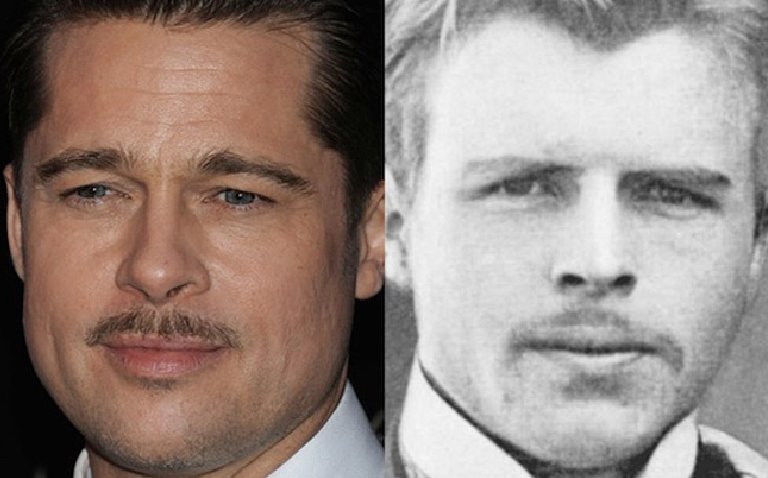 Do you think they look like twins? Add your comments!